Showcase your own levels here. Make sure to provide the level ID, a description and at least one screenshot
Post Reply
3 posts • Page 1 of 1 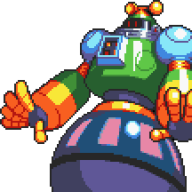 After many years of peace in Mega City, Dr. Light says that Proto Man has gone missing without a trace. Not soon after, 4 different Energy Element signals appear on the lab's radars, all belonging to robots claiming to be working for somebody named Dr. Rachett. Eager to get back Blues, Mega Man heads out on a quest around the world to track down the signals.

Every stage has two checkpoints, one in the middle and one before the boss. Each Boss/Rachett stage has an E-Tank or an M-Tank placed somewhere to help you. To the left of the start of each stage, you can find boss weapons that relate to a certain level, which are used to help you get through levels and kill bosses. To fully enjoy the game, make sure you grab the weapons with every boss defeat so the game runs smoothly and traditionally.

This game is quite difficult, meaning many people who are inexperienced may have trouble getting through the stages. Make sure you use your special weapons wisely, as they will help tremendously with every level!

Winter time has struck, and Dr. Rachett doesn't waste a second setting up his defences. But when has a long trek through bad-guy filled tundra ever stopped Mega Man? 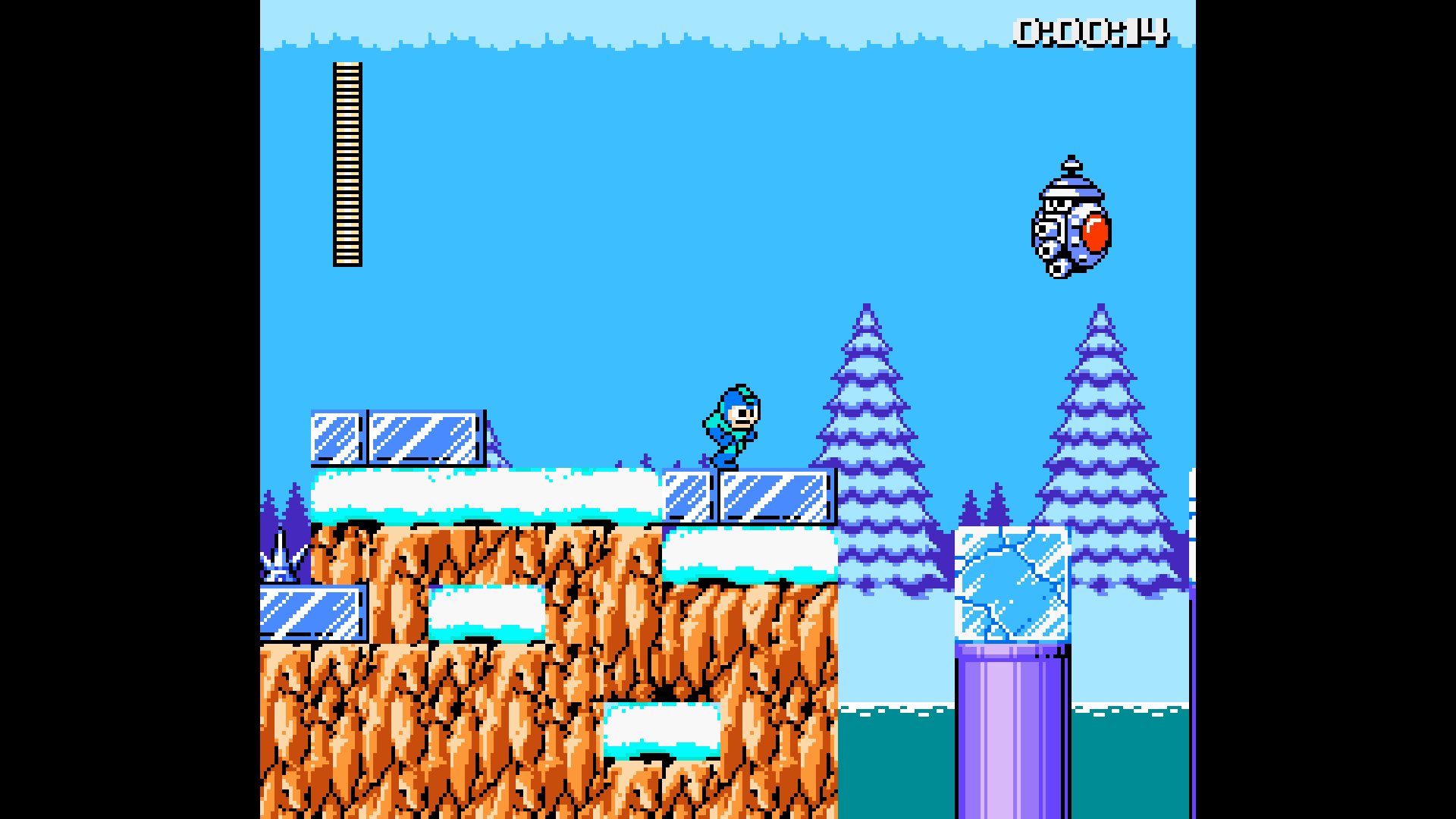 A mineshaft dug straight into a volcano. Venture through the hazy waves of heat as you climb down to confront the robot himself. 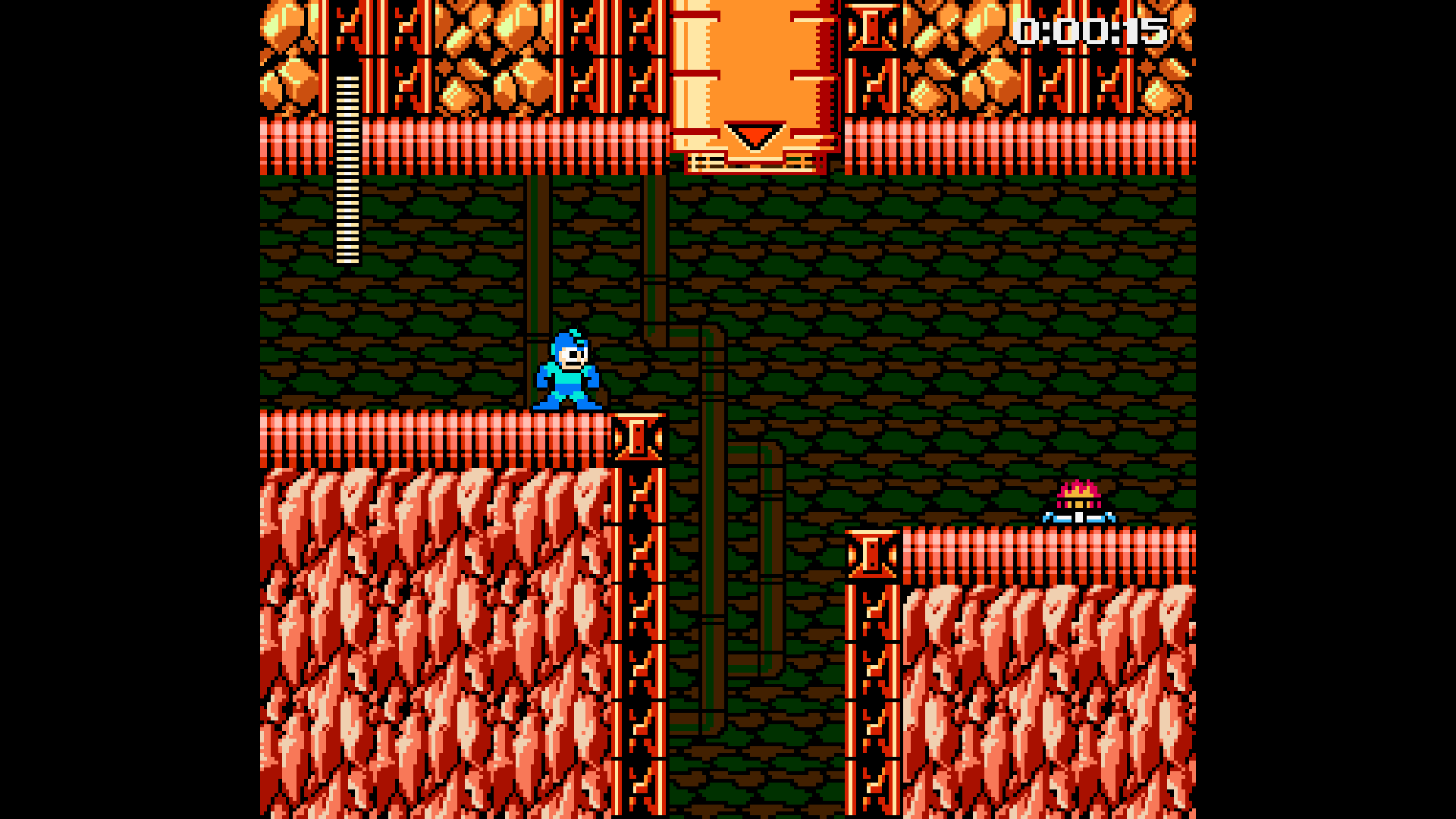 A large construction facility, flooded with water. Get your feet wet as you go through the site to destroy the dastardly robot. 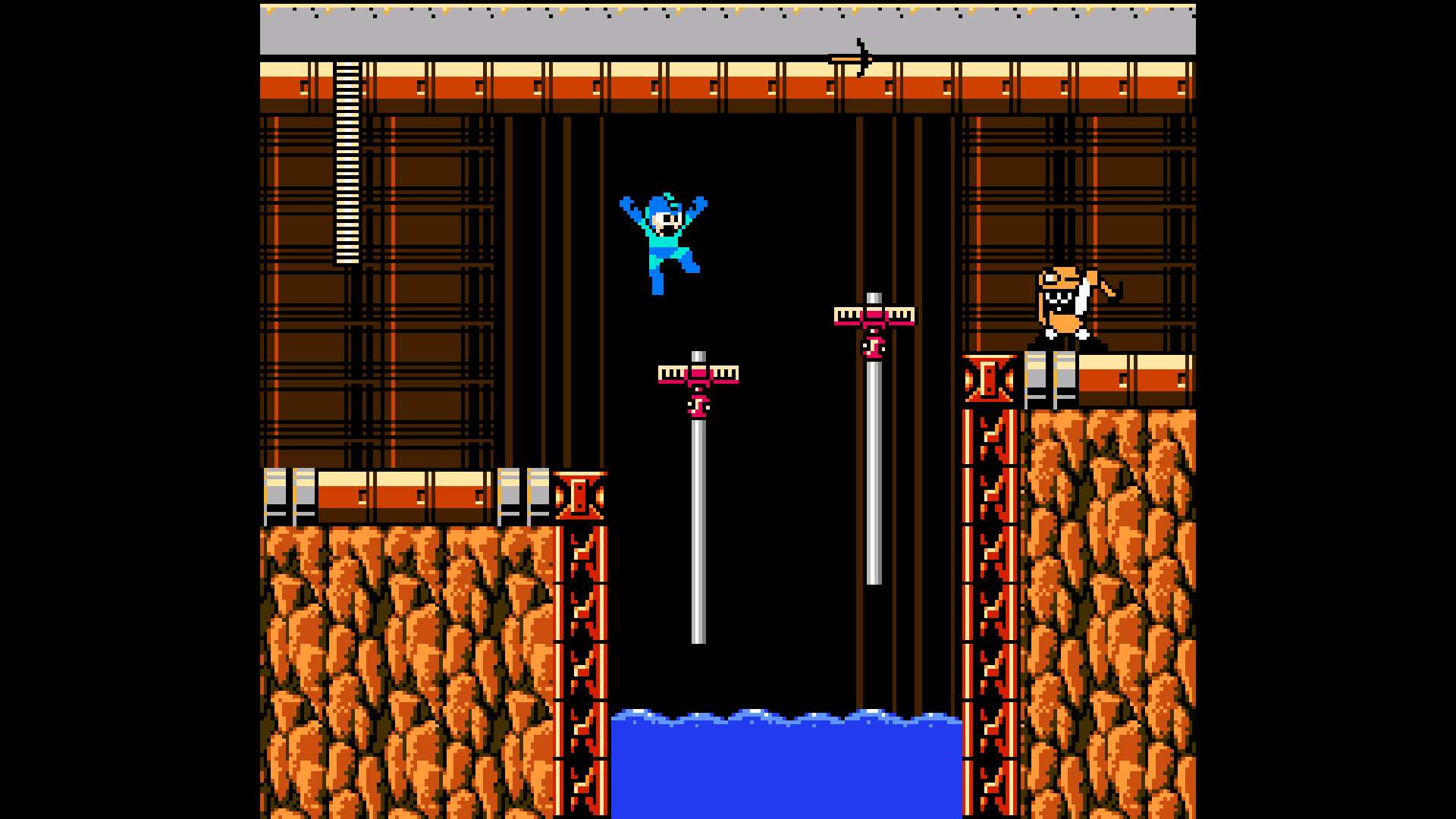 A forgotten castle haunted by demons and ghouls, surrounded by a great storm. Go across the rainy, mossy walls of the fortress to exile the ghosts from the castle. 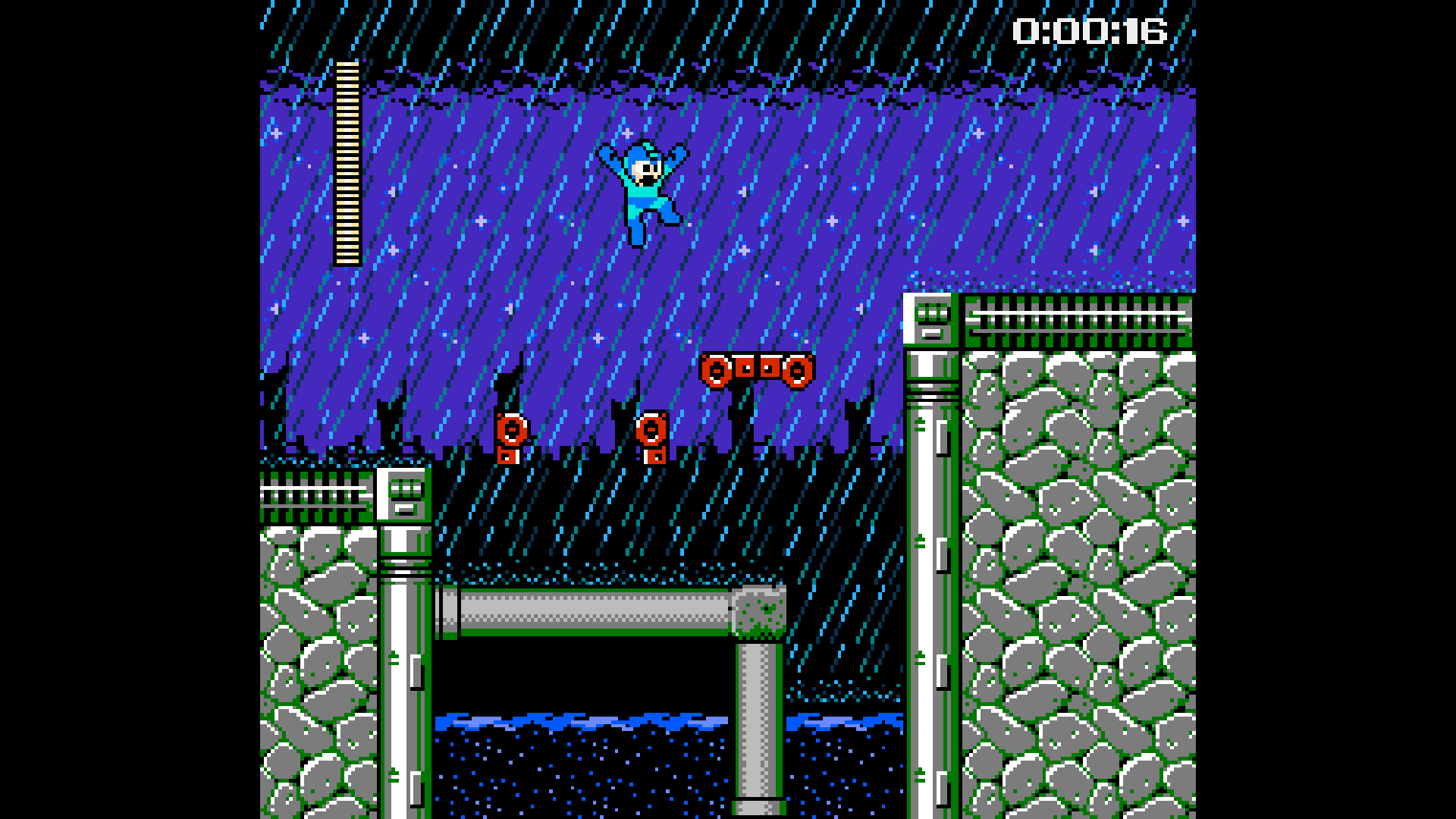 A abandoned factory invaded with lines of code. Explore the digital nightmare, avoiding bugs and monsters so you can free the building of the glitchy mess. 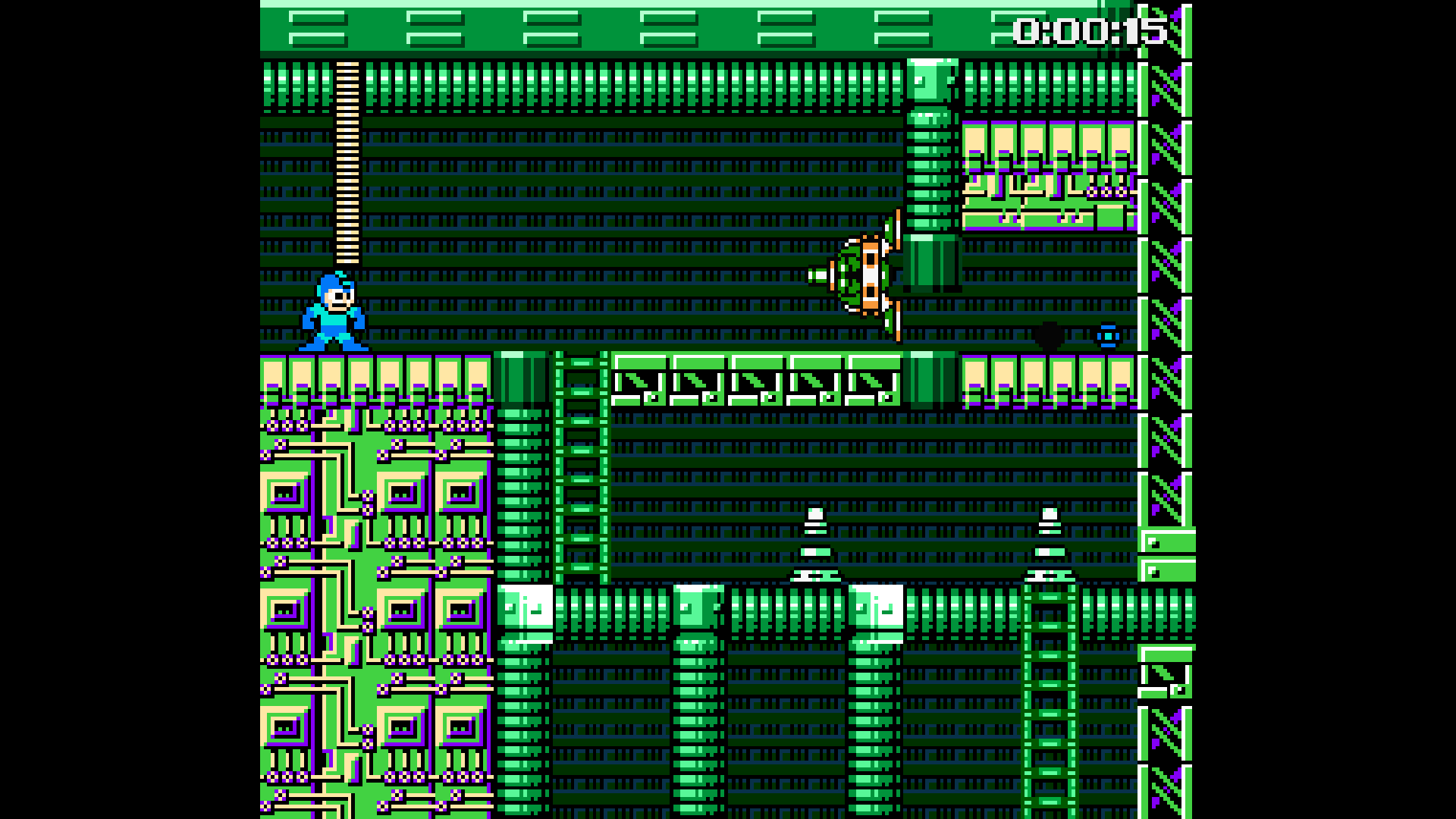 After the first four robots have been eradicated, four new signals appear on the radar. There are now four new robots to defeat, along with four new weapons to collect.

What once was a storage facility has been frozen over, leaving you having to get through the icy facility to face the robot that lies inside. 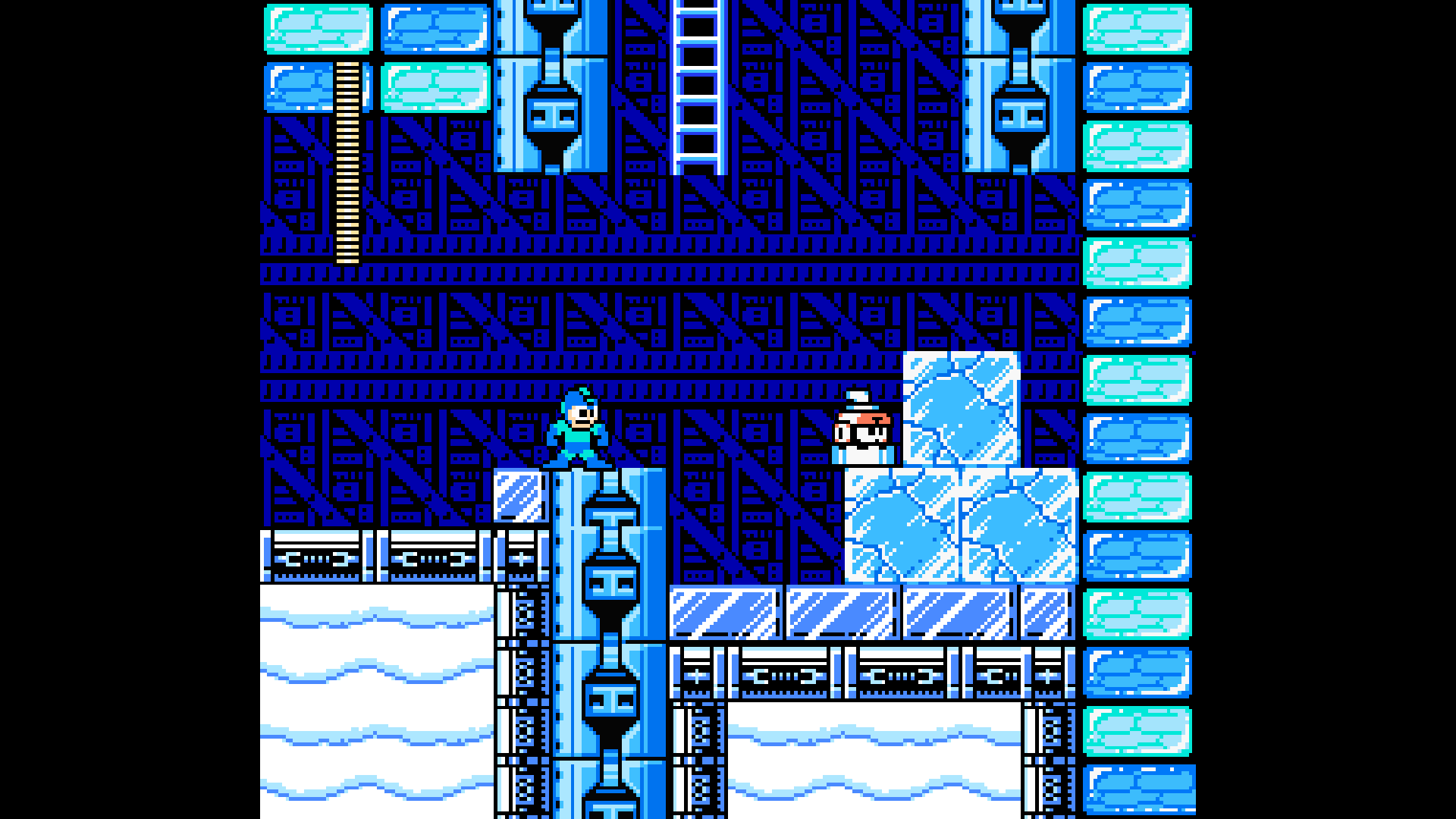 A toxic lab, full of murky waters and rogue experiments. Evade the poisonous waters and escape the noxious building. 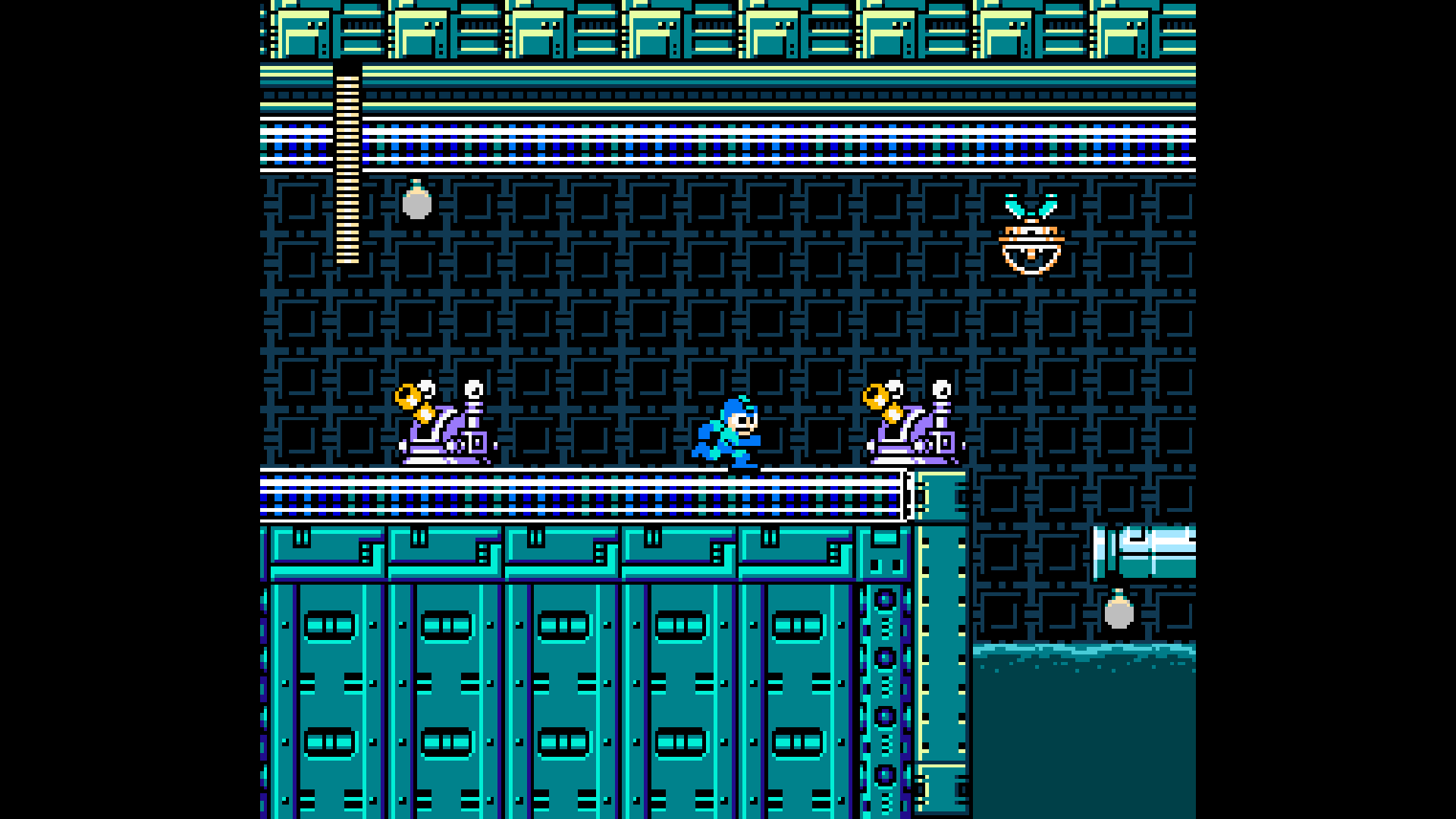 A cave full of shiny, precious jewels, scattered across rugged terrain. Use the lifts to make your way through the dangerous, shimmering cave. 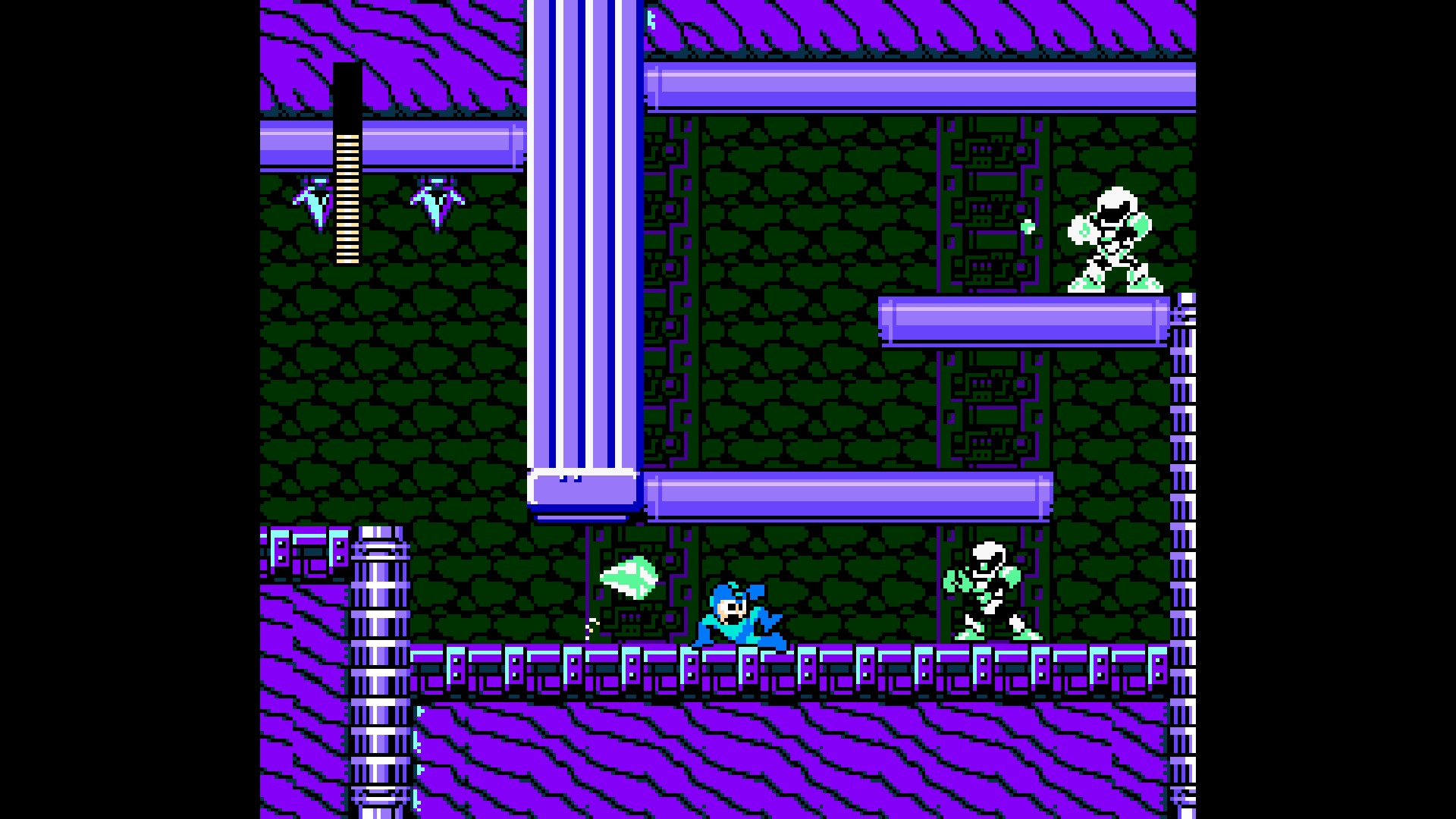 A long forgotten temple, full of treasure and booby traps waiting for you at every corner. Glide through this ancient temple, at your own risk! 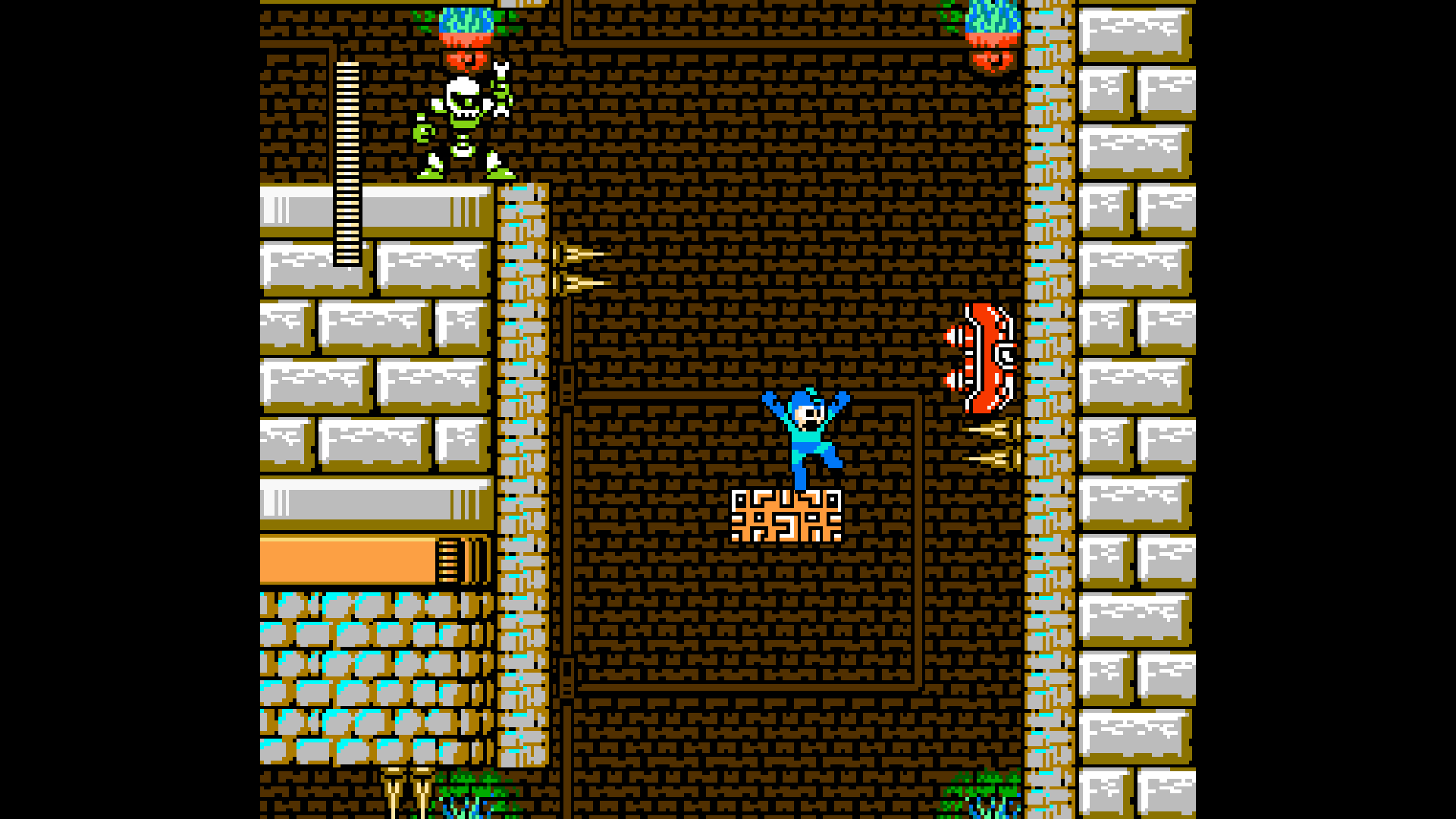 The last four devious robots have been vanquished, and Proto is still nowhere to be found. It is time to go to the heart of the operation, to Dr. Rachett's own mechanical fortress.

The hidden entrance of the fortress, guarded by various dangerous gadgets and gizmos. Clamber up this terrible tower of torture. 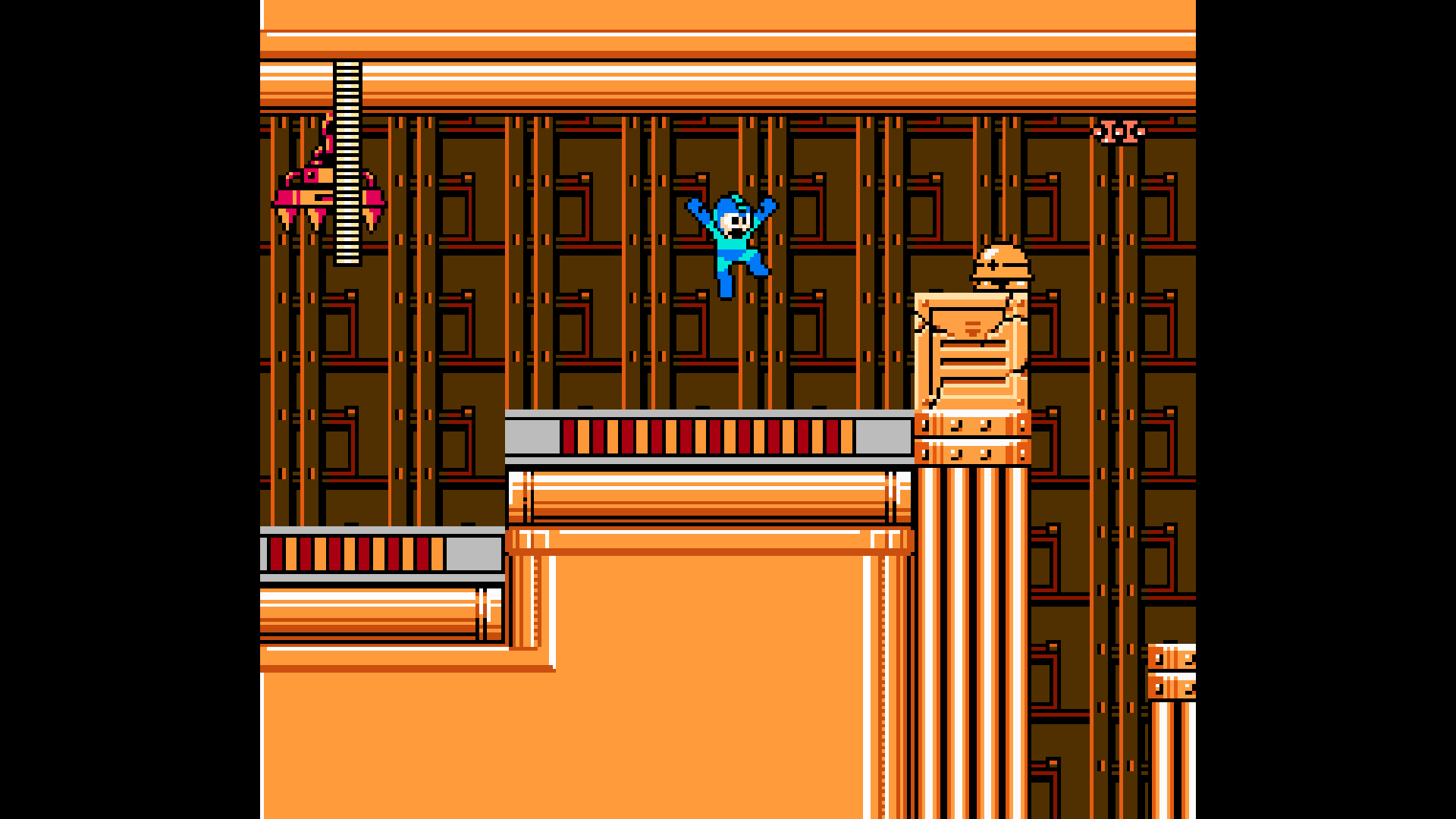 What's this? On the way to the top, Mega Man has stumbled into Dr. Rachett's weapon storage, and has set off the alarms. Now that Dr. Rachett knows Mega Man is here, prepare for backup! 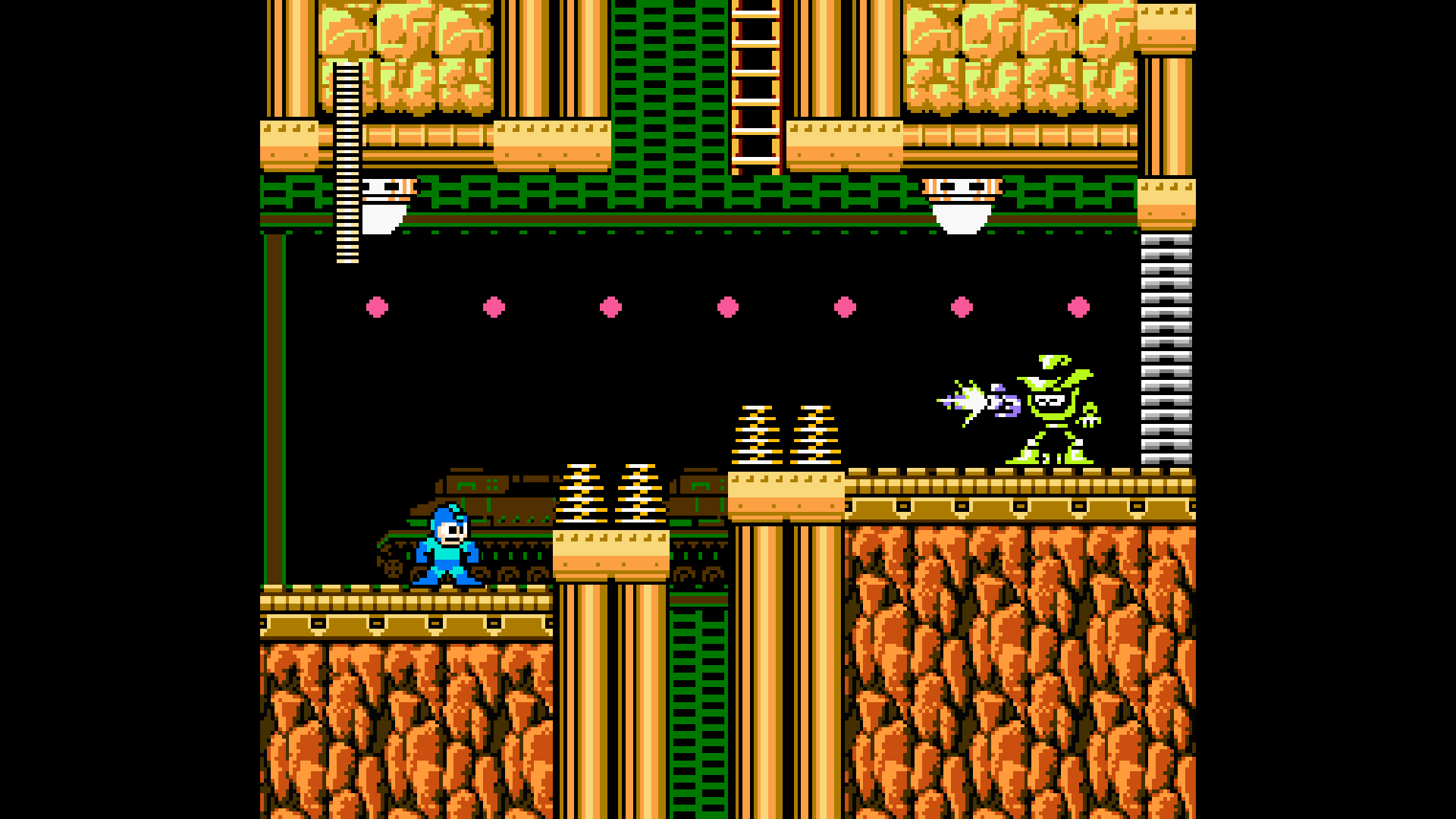 Just below Dr. Rachett's chamber, Mega Man finds himself stuck in the boiler room of the fortress, and is instantly spotted by construction workers. Prepare to get into a heated battle with the guards! 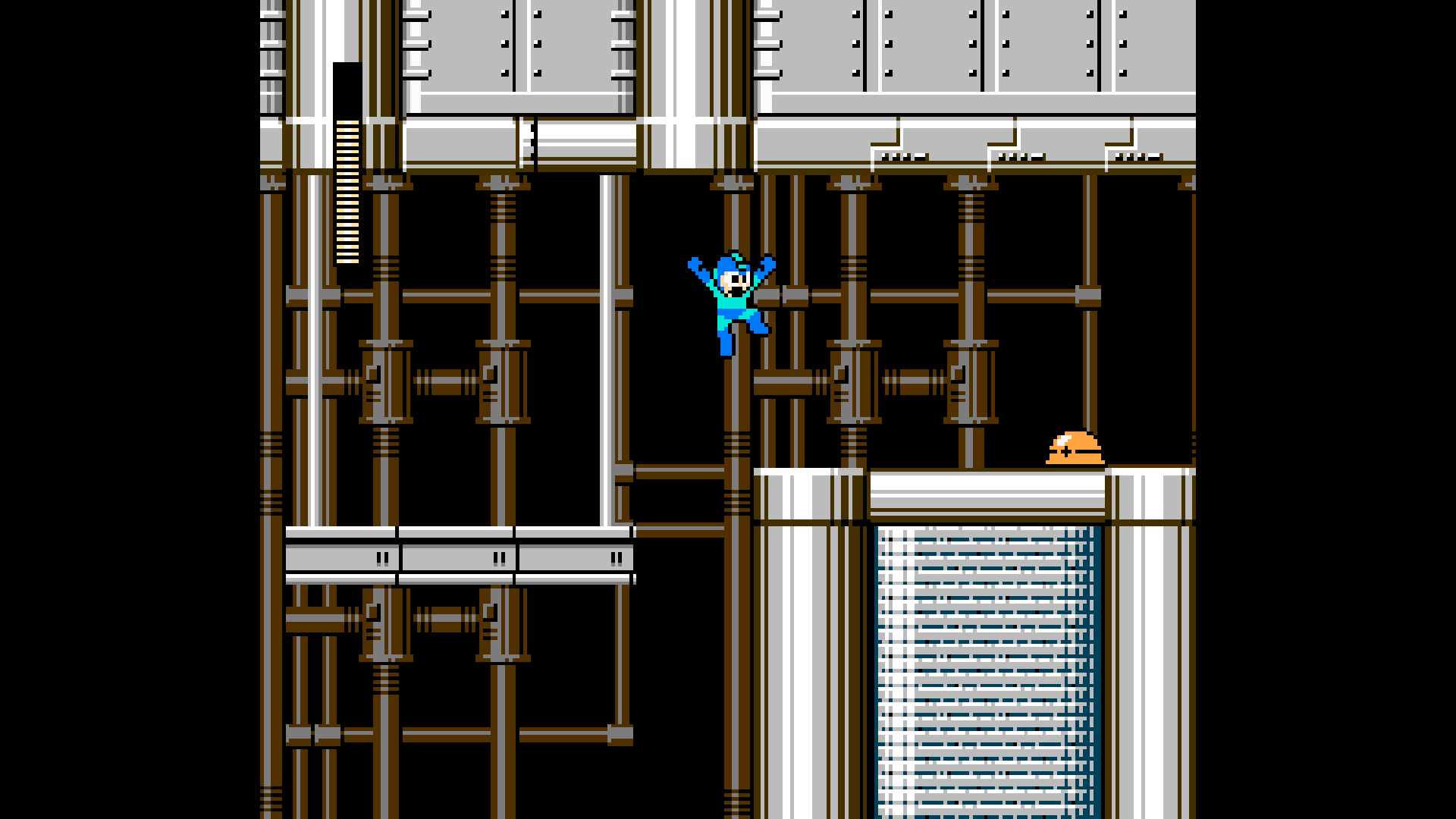 This is it, the heart of Dr. Rachett's fortress. It wasn't what Mega Man had in mind, it is terribly cold, and not too many troops have been planted inside. What's Dr. Rachett planning? Warning: Takes a long time to load! 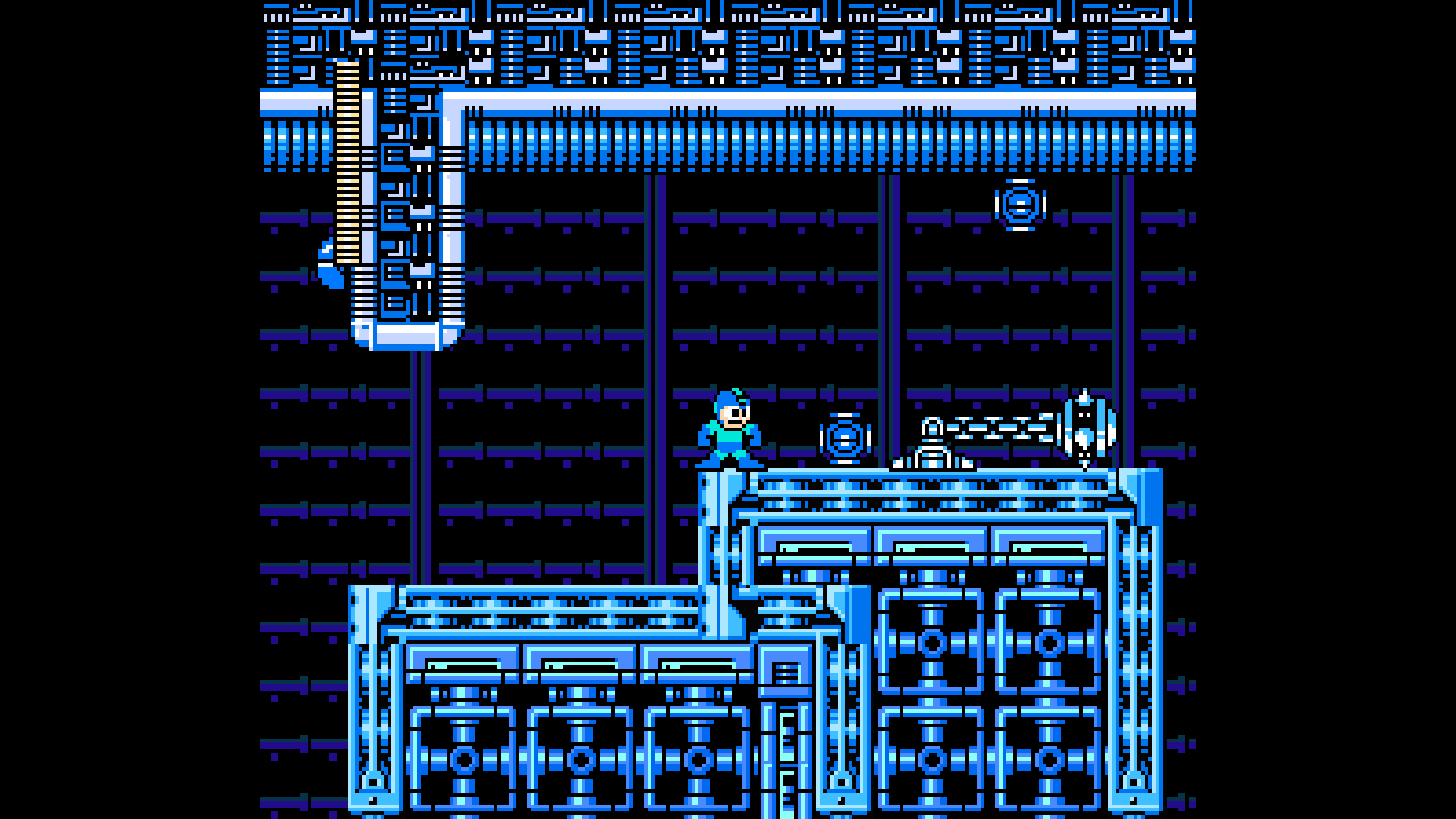 After the destruction of Dr. Rachett's ghastly machine, the Racketron I, and the defeat of Dr. Rachett, Proto had been rescued from a cryogenic chamber, and successfully returned back to Dr. Light's lab. As for Dr. Rachett, he was locked up in the same prison that has held Dr. Wily for many years.

The robots were unable to be restored as the programming of the robots were remarkably futuristic unlike Wily's work. They were scrapped for later use in Dr. Light's lab, where the parts can be used for the greater good.

Thank you for playing! (unless you just read on without playing). If you feel like some post-game challenges, try the achievements below.

The Deadly Four
Beat the first four robot masters, Glitch Man, Spelunker Man, Spectral Man and Tsunami Man.
The Terrible Eight
Beat all 8 robot masters, including Frigid Man, Toxic Man, Shimmer Man and Temple Man.
Not A Chance
Use a robot master's weakness to defeat them in a battle.
Busted
Beat 4 different robot masters with the Mega Buster only.
Special Forces
Find a blocked area by destroying a special weapon block.
Get a Life
Find and obtain a hidden life, or E-Tank in a stage.

Back in Blue
Save Proto Man, defeat Dr. Rachett and beat all 4 Dr. Rachett Stages.
Solar Power
Use the Mega Buster (apart from immune bosses) to beat every robot master and Rachett boss.
Only the Best
Find and get a M-Tank in a stage.
Playing Safe
Don't die for an entire stage.
On the Edge
Beat 3 stages without dying once.
Power Mad
Only use power shots to beat 6 stages.

Plain and Simple
Except for immune bosses, never use a special weapon.
Avoiding Harm
Beat every robot master stage without dying once.
Master of All
Never die at all in every stage and boss.
Collectathon
Collect every extra life, E-Tank and M-Tank the game has to offer.
Must be Crazy
Beat a stage without getting hit.

I hoped you liked it! I spent quite a while and put in some effort, so I'd appreciate you play the game (if you haven't already). Feel free to give feedback and suggestions for future projects. Created by RadRobot. Thanks! 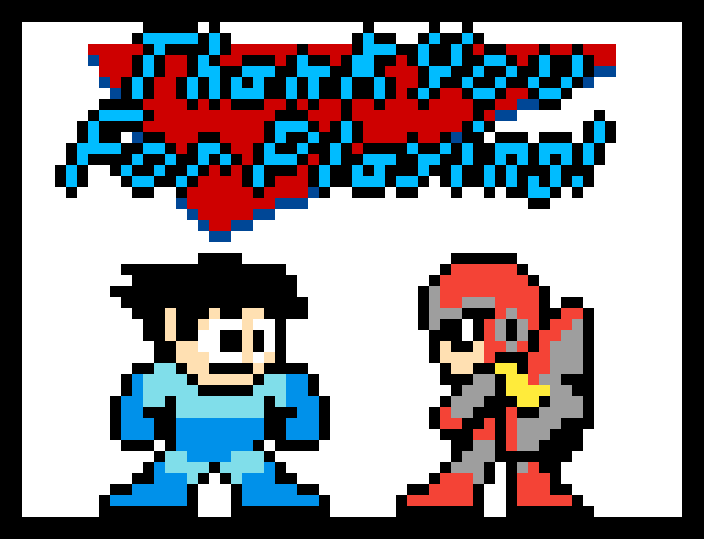 It Would Be Great If You Would Write The Level Id, Since For Me (and probably only me) The Quick Play Does Not Work.
Idk lol

Of course, sorry about that! Each level now has a ID you can use if, unfortunately, the Quick Play doesn't work. Have fun!