Showcase your own levels here. Make sure to provide the level ID, a description and at least one screenshot
Post Reply
4 posts • Page 1 of 1 Difficulty: Upper Path has higher difficulty since it's based on surfing and avoiding instant-death hazards. The lower path is focused on combat and thus is somewhat less difficult depending on how you take it.

Mechanics: The level focus solely on using the properties of Oil Slider to complete it.

Additional: The level has two bosses. One of the each path.
Also please be mindful that this level is fairly big and might take a while to load. 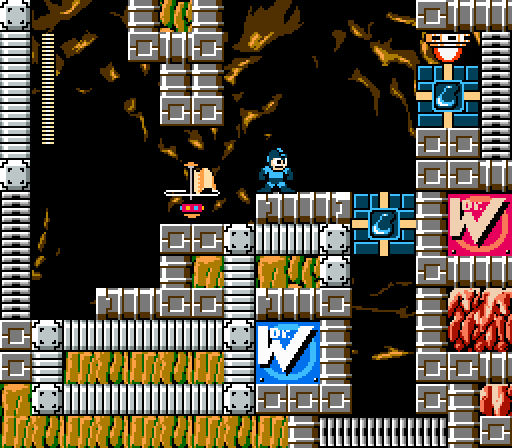 Branching paths. The red one focuses on "surfing" and the blue one goes for a slower, more combat oriented route.

I only did the top path, and it wasn't that interesting tbh. It was the same jumps repeated over and over. For most sections, you didn't even need to ride the oil weapon, you could make it on foot just fine. The oil weapon gives you access to double jumps, which you should've used imo.

The boss was closer to the difficulty I had hoped for, so it came out alright. The problem is that the level has so much junk; by the time you get to the boss, the game is already lagging and stuttering, causing jump inputs to be eaten without warning.

Thanks for playing the level. I was thinking the level was a bit too long with the upper path, but my first version of this level was awfully short and had way too many near perfect jumps which double jump wouldn't cover due to the nature of the gimmicks in the level.

Speaking of which, I didn't want to do rely on double jumps because, honestly, I didn't find an intuitive way to teach players on how to do that. Besides I was downright sick of seeing levels that relied on timing double jumps with weapon cancels and wanted to do something more straightforward.

The level size was another thing I tried to shave off. It was even bigger and I sincerely am not making a level as big as this one anytime soon either (at least not until the game doesn't lag as much).

Still, what I aimed for the upper path was showcasing each trick and mesh all of them together in the boss room. I guess I did go overboard with them. Something to keep in mind for future levels.
Top

Wasn't a fan of this level. First off: All the oil-slide barriers that you require players to break in multiple spots really don't add anything to the gameplay... It just seems a little tedious and redundant... not to mention adding tons of unnecessary lag to the experience. And there was no gimmick introduction followed by not using oil-slide's double-jump function. To teach something like this just make a single screen with a platform at on side that can only be reached by using the double-jump. If players can't figure it out, oh well, I guess,

. Not much else to say, really. I think this could be re-worked and trimmed down... maybe make less of those long oil-riding sections altogether and make it more vertical in some areas, forcing players to use the double oil-jump and have more combat throughout. Take out the branching path or make it shorter and lead to a cool weapon or E-Tank... Either way, it was an honest effort and I hope to see a reworked version someday!