I'm working on Mega Man Maker Plus 2, which is, obviously, going to be a sequel to my old 1.5 mod, Mega Man Maker Plus. Due to Undertale Mod Tool being unable to change major code (It can still change weapon palettes, boss health bar palettes, sprites, sound effects, text, etc.), the mod won't have any functional changes or actual additions (a la First Impact), but i had made an indev of the mod back in 1.6.3 that did, however have changes, for example i removed Picketmen's shields and i made Sniper Joes fire much faster.

As for non-Mega Man games, i plan on representing Undertale, Gimmick, Ducktales, and The Krion Conquest/Magical Doropie primarily, though i also have some other games planned too.

This project, compared to Plus 1, is going to be highly ambitious and might not release until this fall. However, knowing how long it takes to release updates for Mega Man Maker, 1.8 probably won't be released until 2022, so i feel like i have plenty of time here. I plan on replacing or at least editing every single boss in the game in some way or form. I haven't figured anything out for Sheep Man, and i was going to do Mega Water S over Pump Man, but i then began to feel like that replacement wouldn't work. Also Mega Man 2 and 4 Bosses will not be fully replaced, i'm instead using Rockman no Constancy palettes/sprites for Mega Man 2 bosses, and Rockman 4 Minus Infinity pinch attack palettes for Mega Man 4 bosses.

Here's some images and gifs of my progress on the mod so far:

1.6.3 Indev general showcase, some of this is unlikely to be in the final mod:

1.6.3 Indev Picketmen, unlikely to be in the final mod:

NiGHTS from NiGHTS into Dreams, will replace Bounce Man:

Playable Jewel Man sprites, these were actually made for MaGMML1R, but i am going to edit and use some of these for "Jewel Man EX", which is a boss i'm going to do over Freeze Man:

Tilesets from the first level of Gimmick:

The Rayman over Spring Man replacement returns from Plus 1, with new sprites, Lockjaw from Rayman 3: Hoodlum Havoc over Thunder Claw:

The first Mega Man Maker Plus is amazing...
...but the sequel is surely gonna be several times better!

Great job as always, Ulticraft! Can't wait to check this baybeh out... eventually.

Jenny Wakeman returns from Mega Man Maker Plus 1, with (slightly) better sprites, and Rockman No Constancy's version of Crash Man is here too, he turns nearly invisible when walking, though you can still see him slightly due to transparency. Also features Ducktales Moon, Street Fighter x Mega Man Blanka, Rockman no Constancy Air Man, and Rockman CX 2 Jenny Wakeman tiles and the Rockman CX credits background.

RMNC Crash Man Walking sprites by boberatu. One frame is from the actual hack, the others are custom.

Currently i'm working on exporting all of the textures, palettes, sound effects, custom text, etc. so i can be prepared to port the mod once either 1.7.3.4 or 1.7.4 (depending on which name they decide to go with) release, as 1.7.3.3 has been confirmed by the devs to not be the final 1.7 patch. This is a very small update for the forums, but i'd thought i'd leave the note there.

As for updates on content replacements, all i'll have to say is that Sheep Man is a little... suspicious...
creator of Mega Man Maker Plus, 1/2/9/10 SFX Mod, and the (other) Game Boy mod

I think we all know where this is going.
Why is it called an oven when you of in the cold food of out hot eat the food.
Top 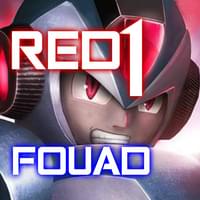 I regret sharing the mod tool more than ever now.
Top

Here's an early beta of Mega Man Maker Plus 2. This is a heavy WIP, and all vanilla content is subject to change. I won't update the mod unti 1.7.4 comes out and i can resume development.

The new and improved Jenny Wakeman! I made new sprites completely from scratch with better research and actual knowledge of her source material since i've actually watched a few episodes of My Life As A Teenage Robot since Plus 1. After watching the show and seeing her capabilities, theoretically, Jenny Wakeman could inherit all of Hard Man's powers minus the extra durability, and could probably even beat Mega Man in a fight.

I'm currently working on a 1.7.4.2 port of Mega Man Maker Plus 2, and 1.7.4.3 has been confirmed by the devs, so i might use Deltapatcher (which is normally not incredibly useful) to port the mod over if i can. The Bouncy Ball ceiling magnet will be fixed in 1.7.4.3 and will be reversed if i take the Deltapatcher approach instead of manually porting everything, so i might either find a way to disable online level sharing or encourage people to mark their levels as "Requires Plus 2" or discourage them from using the bug in levels.
creator of Mega Man Maker Plus, 1/2/9/10 SFX Mod, and the (other) Game Boy mod

I'm almost done porting all of the 1.7.3.3 features into 1.7.4.2. The only things left to port are backgrounds, Mega Man's custom animations, a few weapons, and Rockman no Constancy Crash Man and Bubble Man. However, porting the latter 3 requires sprite resizing, and seeing how 1.7.4.3 might come out very soon, i might hold back so i can just port easy stuff to that version.

I've also run into another music crisis recently, similar to what happened with Mega Man and Bass music back in Plus 1 (Though a lot more MM&B NSFs have been created since then, and it was discovered you could rename .spc files to .nsf and have them still play ingame). I need the following tracks in any one of the 4 formats Mega Man Maker's chiptune player supports (NSF (no MMC5, FDS, or VRC7), SPC, VGM, GBS):

The following tracks from Rockman CX. It would be cool if i could get direct gamerips of these but no one's bothered to actually fully rip CX's soundtrack yet for some reason (and NSF ripping requires high NES assembly knowledge), so a rough recreation of these tracks in Famitracker would be great: I also need one of the following Terraria songs: the Overworld theme, Plantera's theme, or Open Frenzy from the Terraria Calamity Mod.

Rockman no Constancy Metal Man and the Hitscanner weapon.

Also: It is over. we are doomed.

the only thing that would make this worse/better/whatever is if you started to add bosses from MLP: Dr. Discord's Conquest
Why is it called an oven when you of in the cold food of out hot eat the food.
Top

the only thing that would make this worse/better/whatever is if you started to add bosses from MLP: Dr. Discord's Conquest

Can confirm that's not happening. The only memetic things i have planned are as follows:

Vine Man and Cutman's Bad Scizzors Day content
this
creator of Mega Man Maker Plus, 1/2/9/10 SFX Mod, and the (other) Game Boy mod

Ring Sonic returns from Mega Man Maker Plus 1, with much better sprite usage. The new intro animation is inspired by 8JKN4's cancelled mod, "Just About Anything Maker". I'm still using MMMP1 rings here, but these are just placeholders until 1.7.4.3 comes out because i don't want to do any sprite resizing yet, as the mod would become more difficult to port.

Cheat Man returns from Mega Man Maker Plus 1, using actual Rockman CX attacks instead of screwed up Shade Man projectiles. He's still a little crooked but i'll fix that in the next patch.

Also i've opened up a little Q&A and a live Devlog for the mod. I know these are a bit much for a simple Mega Man Maker mod but i try to go with both quantity and quality rather than prioritizing one or the other.

Q&A (A bit aggressive at parts but this is mainly responding to a lot of criticisms of MMMP1 that aimed at things i couldn't do at the time like actually add bosses instead of replacing them): https://docs.google.com/document/d/1IaM ... sp=sharing

Devlog (Inspired by the devlog on the Terraria Calamity Mod discord, i list every change and addition i make by number. I update this very frequently so be sure to check back on this often if you want to see what i'm doing with the mod): https://docs.google.com/document/d/1tSM ... sp=sharing
creator of Mega Man Maker Plus, 1/2/9/10 SFX Mod, and the (other) Game Boy mod

Original sprites by Mister Mike, edited by me to have more colors and have a couple of extra animations.
creator of Mega Man Maker Plus, 1/2/9/10 SFX Mod, and the (other) Game Boy mod

Just wanted to give a heads up on the mod.

I will not be porting Mega Man Maker Plus 2 directly to 1.7.4.3. I have instead renamed "1.7.4.2" in the game's code to "1.7.4.3". This means that bugs like the Bouncy Ball magnet glitch will still be in the game. However, i don't want to disable online, so i've made a VERY IMPORTANT Readme file that will come with the mod. It reads as follows:


If you upload levels made in this mod, DO NOT USE THE 1.7.4.2 BOUNCY BALL CEILING GLITCH, as it will result in impossible levels for 1.7.4.3 players.

Also mark ANY level you make in this mod as "MMM Plus 2 Only" or something in that line.

If you come across any unbeatable levels made in the mod, please report them. Don't report ALL Plus 2 levels, just ones that use 1.7.4.2 bugs or highly utilize the minor code edits.

Also a little teaser for new enemies, Up 'n' Down from Mega Man 4 and Si'n'Cosine from Rockman 4 Minus Infinity. These replace Kaminari Kogoro and Gobots respectively and use code edits to make them more accurate to their original behavior. Also showcases Rockman 4 Minus Infinity Ring Man with instant kill upon contact and pinch attack palette. Skull Man, Toad Man, and Pharaoh Man have also been recolored, but not code edited just yet.

The Sonic update! I used Motorroach's Mega Man NES styled Sonic customs here (though Sonic himself uses Sonic Pocket Adventure sprites recolored with the NES palette). I also ported the CX "READY" text from the 1.7.3.3 Beta and Ring Crash from Plus 1.

The lack of updates has been because i was on a small vacation for a few days.
creator of Mega Man Maker Plus, 1/2/9/10 SFX Mod, and the (other) Game Boy mod

A bunch of gif updates.

The last gif i posted on Discord before leaving on vacation a week ago (i have since returned). Contains the actual RMNC weapon palettes, showcases an edit of the Brown enemy that fans of a certain band might recognize, and various other things.

I got burgers on my mind (McWily burger tileset and new Jenny Wakeman tileset, Patty Shield):

Mega Man CX, replaces Grenade Man. Although it uses the player-fired sprites, the Flash Bomb is unchanged because Mega Man CX is supposed to represent Mega Man as a boss from the original Rockman CX hack (Mega Man would swap weapons at random intervals in the original hack), but due to obvious reasons, i'm not doing normal Mega Man as a boss. Falling Met sprites by NMario84.