Every Playable Character of Mega Man Maker has major adjustable options in Level Builder. The Light Family (Proto, Mega and Roll) have two each, while Bass is an Odd Man Out by virtue of having only one - Double Jump. 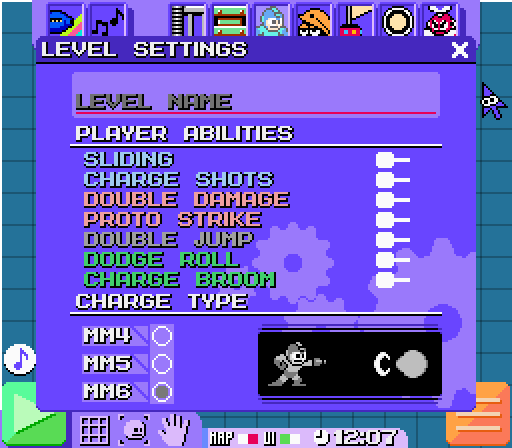 Here's what I think... why not give Bass a second option in order to balance out every character?
And said option is totally viable - even though it's strictly limited.

Yes. I am referring to the slightly weaker peashooter that is Bass Buster.
It could probably work in the same way as Mega Buster Charge Shots selection, except the options would be:
* Default Buster - works as it is;
* Super Buster - a more powerful version of Bass Buster dealing 1 HP per shot instead of 1/2;
* Hyper Buster - allows shots to go through terrain, but the damage output is the same as Default Buster.
Last edited by Casual Builder on Tue Feb 23, 2021 4:48 am, edited 1 time in total.
Casual Builder's gotta casual, yo.

I could go for this.

Though I would personally prefer they add the "Power Ups/Shop Items" altogether to MMM, but if not then this would be a welcome alternative.

Or maybe give him shield breaker from MM 10
Top

Certain enemies can be programmed with said "Shield Breaker" in mind.
Buster options for Bass - that's the true second option he ever needs.
Casual Builder's gotta casual, yo.

Certain enemies can be programmed with said "Shield Breaker" in mind.
Buster options for Bass - that's the true second option he ever needs.

How about adding Bass' abilities from the MM7 VS mode as select-able options? Hyper Kick and/or Air Dash. Bass also has a forward-only charge shot in this mode.

Bass' moves exhibition start at 2:13 in the video..

The Air Dash move would be an excellent and fitting addition to his Double Jump removing the need for Charge Kick for him. Perhaps additional tweaks to his Air Dash to further separate it's behaviors from Charge Kick for greater utility as well.

...We already have melee combat covered. By Roll.
Having Bass doing pseudo-martial arts and dashing in mid-air could make him OP. IMO he works fine with rapid-fire capability.
Casual Builder's gotta casual, yo.

Truthfully OP would be based on whether or not the level designer built the level around such capability. In example whether Charge Kick (or any weapon or ability) is OP is based on how the level is made.

Honestly I'm indifferent on the martial arts bit, but potential for the damage air dash intrigues me. Having an option in the menus of enabling a buff for his dash to be invulnerable and inflict damage is interesting. :\
My Hopes and Dreams:
Wily Tower Weapon Selection
Buffed MM4 Wire
PU Moving Blocks + Spawners
POWER-UPS Without Shops
Expanded MM7 Junk Machine
Mercury Blocks
Fangame Cameo Weapons
Top
Post Reply
7 posts • Page 1 of 1