What?
Have you seriously never encountered this? I'm shocked. Well lemme tell ya, this here level object would just be the best thing since sliced atoms.

In MM:Powered Up there's this thing that goes *bzzt* *bzzt* and when it does it spawns destroyable Weapon Blocks. What's so cool about it is that it can drop these blocks and the blocks can be moved on platforms and other interactive level objects. I'm blowin' your mind right now, amiright?

The implications for this object by itself, man, it's just out there.. Totally crazy. 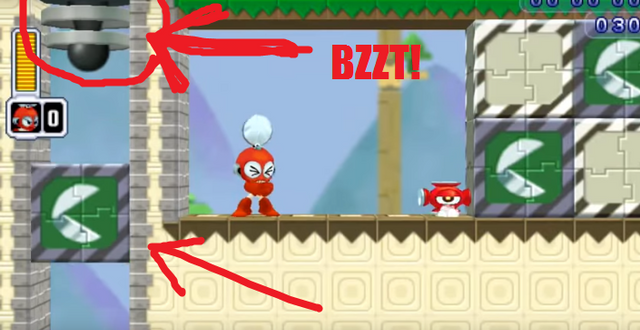 MM:PU Version.. See it in action!

Mega Man 11 also sported this, but a little simpler. The spawner was offscreen, which is actually very convenient for level design. Also, the blocks could be destroyed with any weapon and not just a specific one. I would totally support this "one-size-fits-all" block to accompany the weapon-specific destroyable blocks. 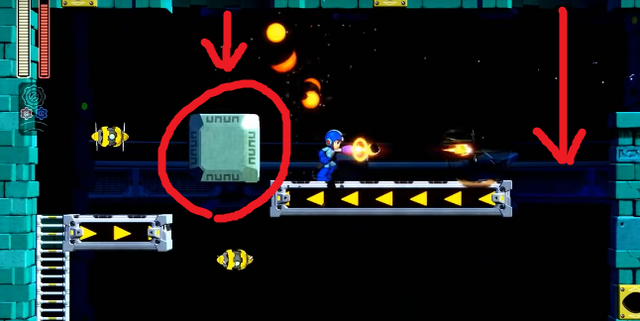 Why?
should I have to say anything else? This is so awesome it just speaks for itself.

How?
am I supposed to know if this could be implemented? I'm not a programmer. 🤨 Though I did take a few classes on programming in Dos back in High School, AND I have stayed at a Holiday in Express, but that wasn't last night and my programming knowledge is kinda outdated these days.

Difficulty:
is in convincing the MMM Dev team to make my wishes a priority. If only there was a "tip jar" or something so I could attempt to buy them out or something. I'd probably end up on the street though due to tipping wars with everybody trying to get this and that.. Ah well, guess I'll just cross my fingers and wait in line like everybody else.
My Hopes and Dreams:
Wily Tower Weapon Selection
PU Moving Blocks + Spawners
POWER-UPS Without Shops
Expanded MM7 Junk Machine
Mercury Blocks
Top

Whoops! Another block that would fit this category...

Additional skin or blocks for a spawning destroyable block setup...