PURPOSE: To allow players to pick from a vast assortment of weapons at level start

In Mega Man:The Wily Wars Wily Tower stages there is this cool option of being able to pick your own loadout of weapons for tackling levels.

We currently can set up a level to simulate this, in a limited degree. Locking weapons behind doors at level start.

It would be nice to see this expanded to more closely resemble Wily Tower. Wily Tower affords choices from a full assortment of three MM games.

In MMM we are limited to the 12 weapon limit.

A simple(?) method to enable this:


Allow for a greater variety of weapon/utility pickups than the 12 weapon limit.

The 12 slot limit could still remain.

If all 12 slots are filled allow the weapons/utilities to "cycle" dropping the first non-primary weapon/utility in favor of the newest one picked up. Then the second slot would be dropped when another is picked up, etc etc.

Have a specific check box during level creation to enable more than 12 weapon/utility capsules in a level. Warning the maker not to create a level requiring certain weapons to complete this level.

Another feature that could expand on this could be Weapon Capsule Spawners. Same as the Health and Weapon Energy Capsule Spawners, only these would spawn a specific Weapon.

Purpose:
With a Weapon Capsule Spawner assortment the player could run over certain spawners, and back again, to swap out their weapon inventory. Spawners would prevent the event of the player accidentally swapping a weapon with no method of re-equipping the weapon.

i think that if you were to use a 18 weapon option pool and bump up the count to have an extra 2 slots for weapons on the bottom, it would work. we already have the editor's selection pool, so you could recycle code there and just change the weaopn selection.


but make it optional, add a switch.
i try to make games with unity... maybe I'll dabble in mmm modding sometime...
Top

Have there be a switch that enables and disables a weapon select. That means, when enabled, all weapons in the roster would be able to be chosen at will. The utilities will have their own separate page.
Back and at it again in Mega Maker V1.7.0! Glad we made it here!
Top

My proposed idea is to be able to substitute this... 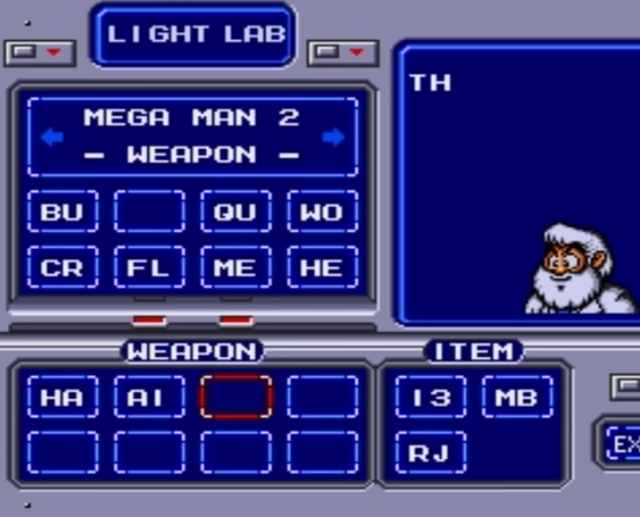 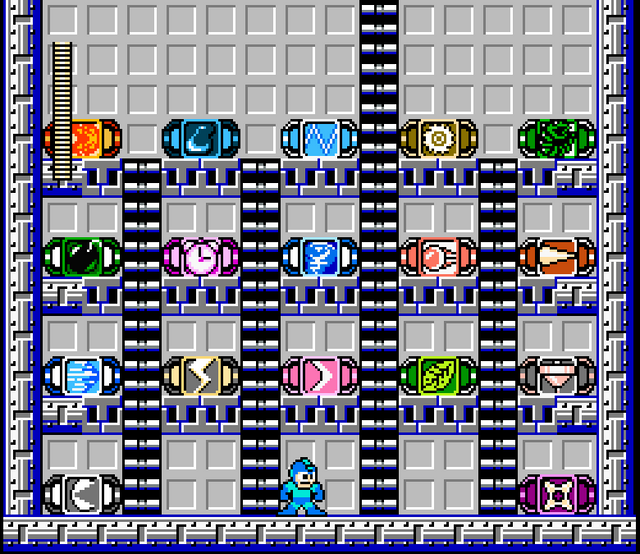 Weapon cache screens where the player can select which weapons at will.

I'd like to be able to create my own Wily Tower scenarios that span multiple MM games.🤪 It's crazy yeah, but it'd be crazy FUN.

At the loading screen where it shows a preview of all the weapons I know it's limited to twelve. Maybe a new icon could be added to signify "More than seen here." Like perhaps a plus symbol in the last little box if the weapons/utilities exceed a total of twelve?

Users browsing this forum: No registered users and 12 guests